Xiaomi has confirmed that it will be launching Mi Mix smartphone alongside the Mi 11 Ultra and Mi 11 Pro smartphones on 29th March, 2021.

Mi 11 Ultra smartphone will features a new super fast-charging silicon-oxygen anode battery and it will introduce a new chip, without giving an explanation about its usage.

As per tweet, Daniel says that the Silicon-Oxygen Anode is similar to the batteries found in electric vehicles. It adding nano-scale silicon materials to the negative electrode to increase theoretical gram capacity 10x vs graphite. 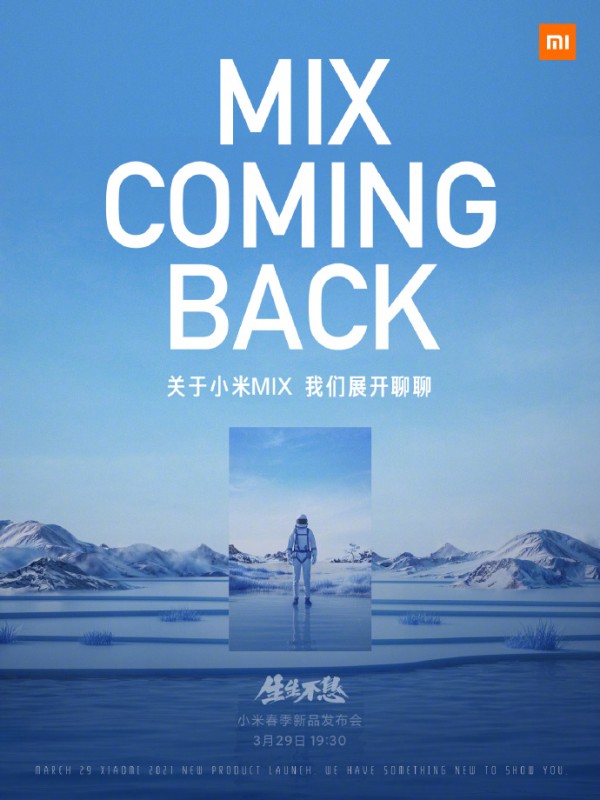 The Smartphone features an 6.81-inch QHD+ display with a high refresh rate of 120Hz.

The Mi 11 Ultra Smartphone to have an Snapdragon 888 chipset.

The Smartphone packs an massive 5,000mAh battery and it is expected to support 67W wired charging, 67W wireless charging, and 10W reverse charging.

The phone comes with latest Android 11 operating system out of the box and tipped to have 16GB of RAM and up to 512GB of storage.

The camera island would include a 50MP primary sensor, a 48MP ultra-wide lens, and a 48MP periscope telephoto sensor.

The Smartphone features an 7-inch display with a high refresh rate of 120Hz.

Mi Mix smartphone is powered by the Qualcomm Snapdragon 888 chipset.

This Mi Mix device is touted to feature a new liquid lens technology and it is tipped to have an 12GB + 512GB as well as 16GB + 512GB storage configurations.

It include a 50MP main sensor, a 48MP ultra-wide sensor, and another 48MP camera with 5X or 2X optical zoom.

As per reports, the Mi Mix could be the company’s first foldable smartphone.